Order 2 or more and get FREE SHIPPING

Order 2 or more for FREE SHIPPING

9 Top IMMUNE-BOOSTING Vitamins, Minerals and Plant Nutrients, all in one product. 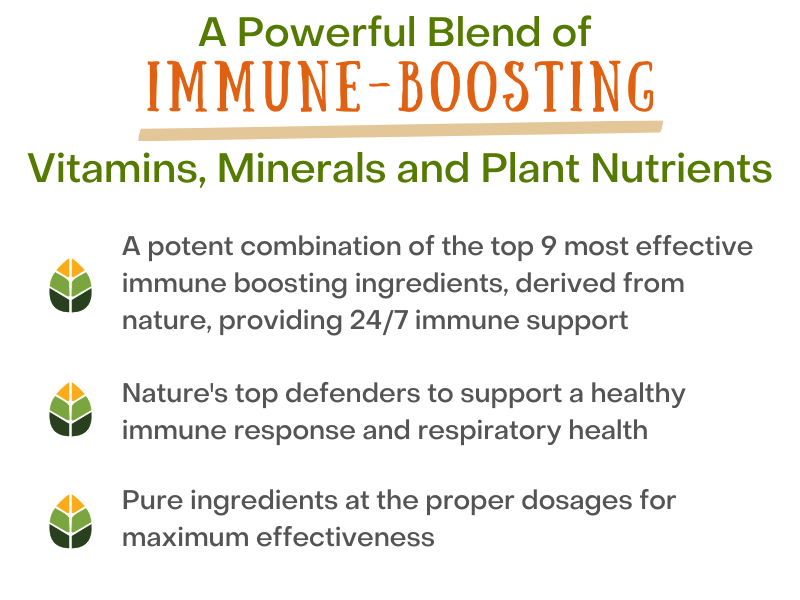 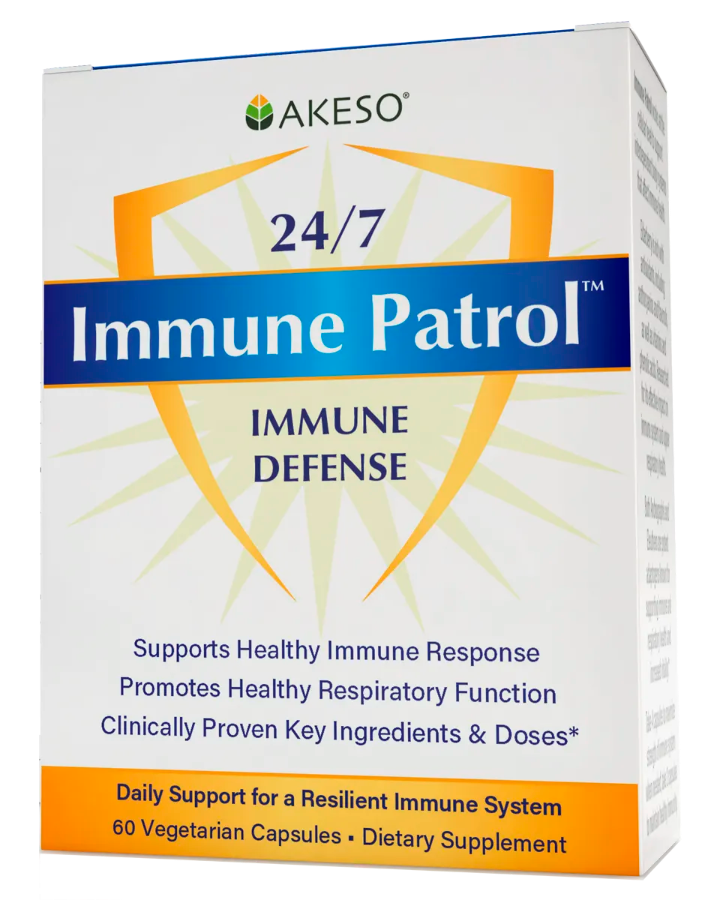 9 Top IMMUNE-BOOSTING Vitamins, Minerals and Plant Nutrients, all in one product. 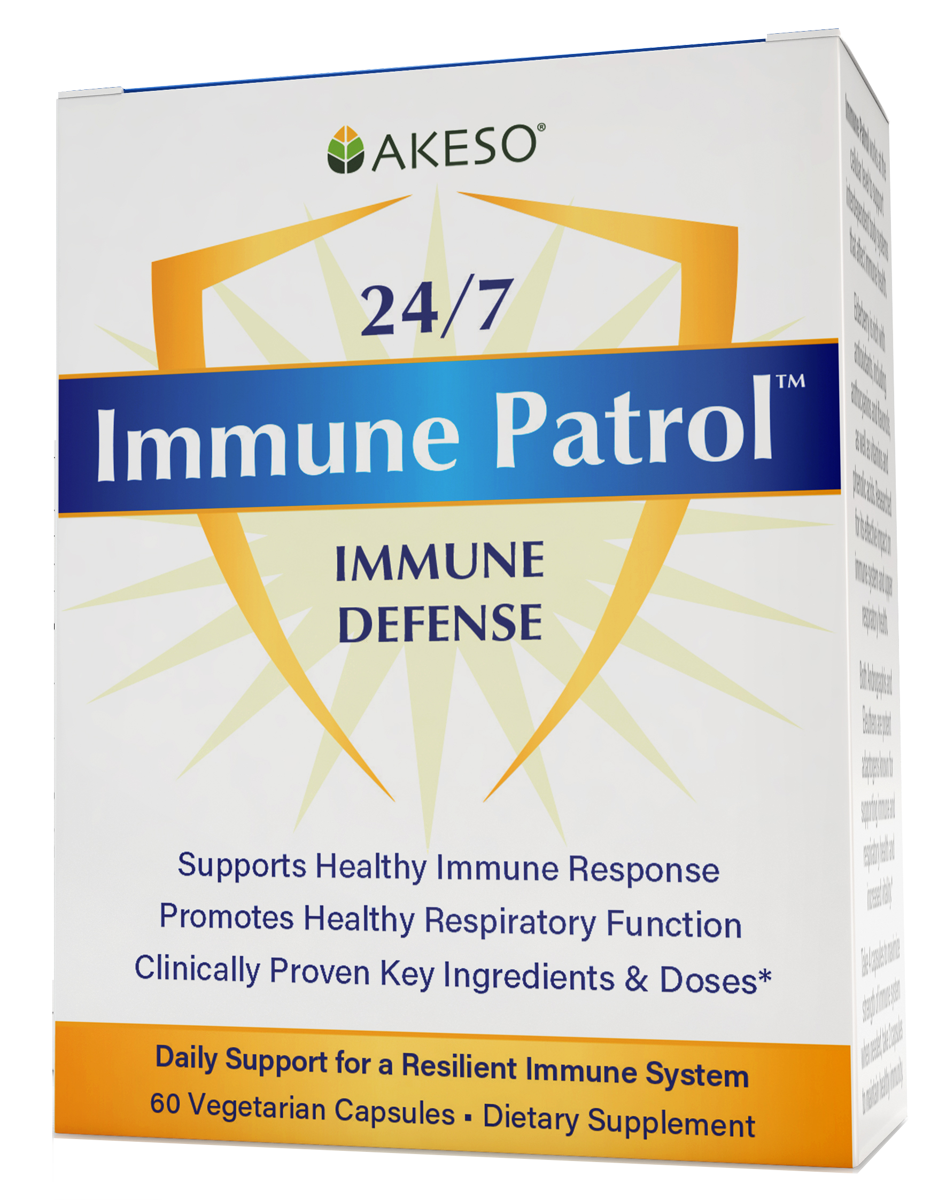 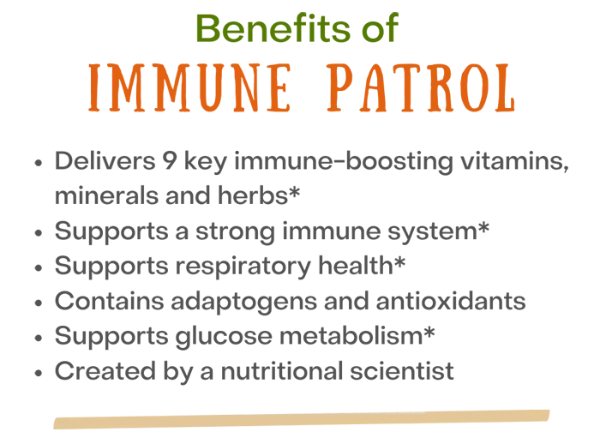 Over the past year we've been presented daily with evidence of the immune system's amazing strengths and also heartbreaking vulnerabilities. Now is the time to take a proactive role in your health to build and maintain a strong immune system.

Taking supplements, eating right, exercising, avoiding stress when possible and most importantly getting quality sleep will help you reach this goal.

Supports other body systems at the cellular level that impact immune health.

Made in the USA in a FDA certified facility. Contains only safe, effective, high quality ingredients.

Plus, every nutrient in Immune Patrol contains clinically studied doses to maximize results. You never have to wonder if you are receiving enough of these integral immune support nutrients. Immune Patrol is there for you when you need it most.

For more than 35 years, Curt has researched, developed and patented effective nutritional formulations to solve daily health challenges for people all over the world - including daily immune health support. 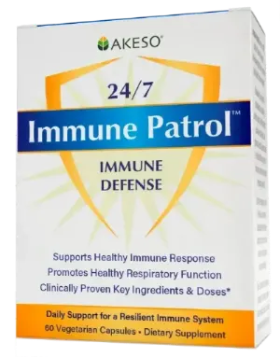 Created by AKESO HEALTH SCIENCES, a trusted source for premium quality and effective nutritional supplements for over 25 years. AKESO has been changing the lives of hundreds of thousands of people worldwide.

NOT ALL IMMUNE SUPPLEMENTS ARE CREATED EQUAL!

Immune Patrol contains the right ingredients at the specific doses backed by human clinical studies to deliver the results you want.

Recently the dietary supplement market has been flooded with immune supplements that purport to boost the immune system. Some may contain similar ingredients as Immune Patrol but often the quality, potency and doses may vary.

About the Ingredients in Immune Patrol

The benefits of Immune Patrol come from the synergistic workings of the formula’s ingredients, as well as the form of each ingredient, and the clinically researched recommended per-daily-serving.

Every nutrient is carefully measured to deliver clinically recommended doses so your immune system receives the exact amount it needs!

The health benefits of elderberry are backed by extensive scientific research and clinical studies—it is one of the most widely used immune-support plants in the world and considered one of the essentials. Elderberry reinforces the body’s defenses, strengthens an immune system response, provides antioxidant support, and directly supporting upper respiratory health and general wellness. Elderberry is clinically recognized for having high nutritive value and as being an excellent source of phenolic acids, flavonols, and is anthocyanins rich, which accounts for its powerful antioxidant effects.

Special Note: We use extract because of elderberry extract’s strong scientific backing for immune support, the world-wide demand for elderberry has soared. As a result, international elderberry extract sources have suddenly appeared selling adulterated, fraudulent material. At Akeso Health Sciences we know our sources and we do third-party testing on every batch of Immune Patrol released into the marketplace ensuring both identity and highest potency.*

We use extracts - not cheap powders found in other supplements.

Immune Patrol contains AP-Bio® Andrographis and is backed by double-blind placebo controlled clinical studies for upper respiratory health. It is standardized to contain greater than 30% andrographolides, maintains a reliable and sustainable supply chain, and is non-GMO project verified. According to recently conducted systematic reviews, specific Andrographis standardized extracts appear both effective and safe for upper respiratory health compared with a placebo.*

Some clinical studies have reported that andrographis and eleuthero are more effective together than alone!

Known more commonly as simply Eleuthero or Siberian ginseng, this treasured botanical has been shown to modify immune responses and is mainly used for its immune-stimulant activities. A placebo-controlled study investigating the effects of a specific eleuthero extract on healthy volunteers found that compared to a placebo, there was significantly more immunocompetent cells; the increase in absolute numbers of T lymphocytes was particularly prominent. In addition to the immune numbers, the activation state of these cells was also enhanced.*

Special Note: Clinical studies examining the combination of Andrographis and Eleuthero [eleutherococcus] show that these two ingredients work more effectively together than alone.

Vitamin A has been established as critical to the development, the maintenance, and the boosting of the human immune system. Vitamin A affects innate immunity through its role in maintaining the integrity mucous layers and epithelial tissues. It enhances antigen non-specific immunity in mucous layers of the respiratory tract and intestine by promoting the secretion of mucin. Vitamin A also contributes to the functional formation and aiding in the differentiation of epithelial cells.*

There is a long list of benefits that make Vitamin C critical to our health. Unfortunately, vitamin C is not made by the body and therefore it must be consumed. Further, vitamin C deficiency is one of the most common nutrient deficiencies, and yet it plays a critical role in immunity. Known as a well-known antioxidant with immune-modulating effects, vitamin C aids in immune defense via effects on both the innate and adaptive immune systems. The suggested daily intake of vitamin C is 100 to 200 mg per day for adults, which is about 100 times higher than the requirements for other vitamins.*

We have learned that vitamin D plays a critical role in innate immunity. For example, vitamin D has been shown to improve the physical barrier functioning of epithelial cells and to enhance immune cell capacity for phagocytosis [a type of white blood cell that use phagocytosis to engulf bacteria, foreign particles, and dying cells to protect the body].*

Biotin, also known as vitamin B7, has been deemed by medical experts to be indispensable to human health. Much of the research has revealed the effects that biotin has on adaptive immunity and how it affects immune cell expression. Biotin also improves blood glucose management in the body. The role of biotin in mitigating the impact of sugar may help to combat the detrimental effects of sugar on the immune system.*

Chromium is critical for avoiding immune deficits, partly through promoting a healthy metabolic system. Chromium has clear effects on several aspects of the immune system by altering the production of several immune cells including T lymphocytes, B lymphocytes, macrophages, cytokines. Chromium also helps regulate blood glucose important because sugar can harm the immune system, and chromium has the ability to lower the amount of sugar in the blood.*

Zinc is considered an essential micronutrient and is essential for immune system function. Unfortunately, zinc deficiency affects around 2 billion people worldwide and is very common in older adults. Zinc plays a role in both innate and adaptive immunity affecting immune cell functioning and is an important co-factor for the stabilization of cell membranes known to be important for healthy immunity.*

Immune Patrol - immune support from nature to you

Immune Patrol is a powerful blend of immune boosting vitamins, minerals and plant nutrients, formulated in safe and effective clinical doses, made in a FDA certified facility in the USA.

Akeso Health Sciences has been changing the lives of people worldwide for over 25 years, with supplements consistently recommended by customers and healthcare professionals.

Feel free to contact us with any questions or concerns: 1-800-758-8746 or email HealthAdvisor@migrelief.com

Immune Patrol - immune support from nature to you

Immune Patrol is a powerful blend of immune boosting vitamins, minerals and plant nutrients, formulated in safe and effective clinical doses, made in a FDA certified facility in the USA.

Akeso Health Sciences has been changing the lives of people worldwide for over 25 years, with supplements consistently recommended by customers and healthcare professionals.

Feel free to contact us with any questions or concerns: 1-800-758-8746 or email HealthAdvisor@migrelief.com

SAFETY: Do not take this supplement if you are allergic to any of the ingredients. As with all dietary supplements consult with your doctor before use, especially if you have a chronic medical condition or planning a medical procedure. These statements have not been evaluated by the Food and Drug Administration. This product is not intended to diagnose, treat, cure, or prevent any disease.

QUESTIONS? Feel free to call us at 1-800-758-8746 or email HealthAdvisor@migrelief.com  Learn more at MIGRELIEF.com

* These statements have not been evaluated by the Food and Drug Administration. This product is not intended to diagnose, treat, cure, or prevent any disease.